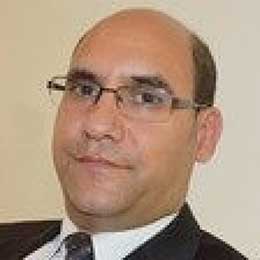 ABOUT JOSHUA AVIGAD, ATTORNEY AT LAW

Joshua Avigad is licensed to practice law in Missouri and Illinois, and litigates in both state and federal courts. He has a Juris Doctorate from Northwestern University School of Law (1994) and a Bachelors degree from the University of Michigan (1990).  He appeared in numerous courts across the country, including the Northern District of Florida, the District of Montana and the Eastern District of Pennsylvania. His clerkships and internships include the Legal Center for Disability Rights, The National Employment Law Project, the U.S. Attorney’s’ Office, Eastern District of New York. Mr. Avigad tried multiple jury trials and acted as litigation counsel for a private fortune 500 company. In the 1990’s he joined the litigation department of Gallop, Johnson & Neuman, in St. Louis, Missouri. He subsequently became general counsel of a telecommunications company. In 2001, Mr. Avigad returned to the practice of litigation by joining Kaplan Associates, LLC, where he has handles plaintiffs’ cases in a wide range of matters, including fraud, discrimination, employment, attorney malpractice, breach of contract and other subject areas. While at Kaplan Associates, LLC, he has tried both jury and non-jury cases, and has participated in arbitrations and administrative proceedings. Further, he has achieved satisfaction for his clients through direct negotiation, mediation and appellate work.